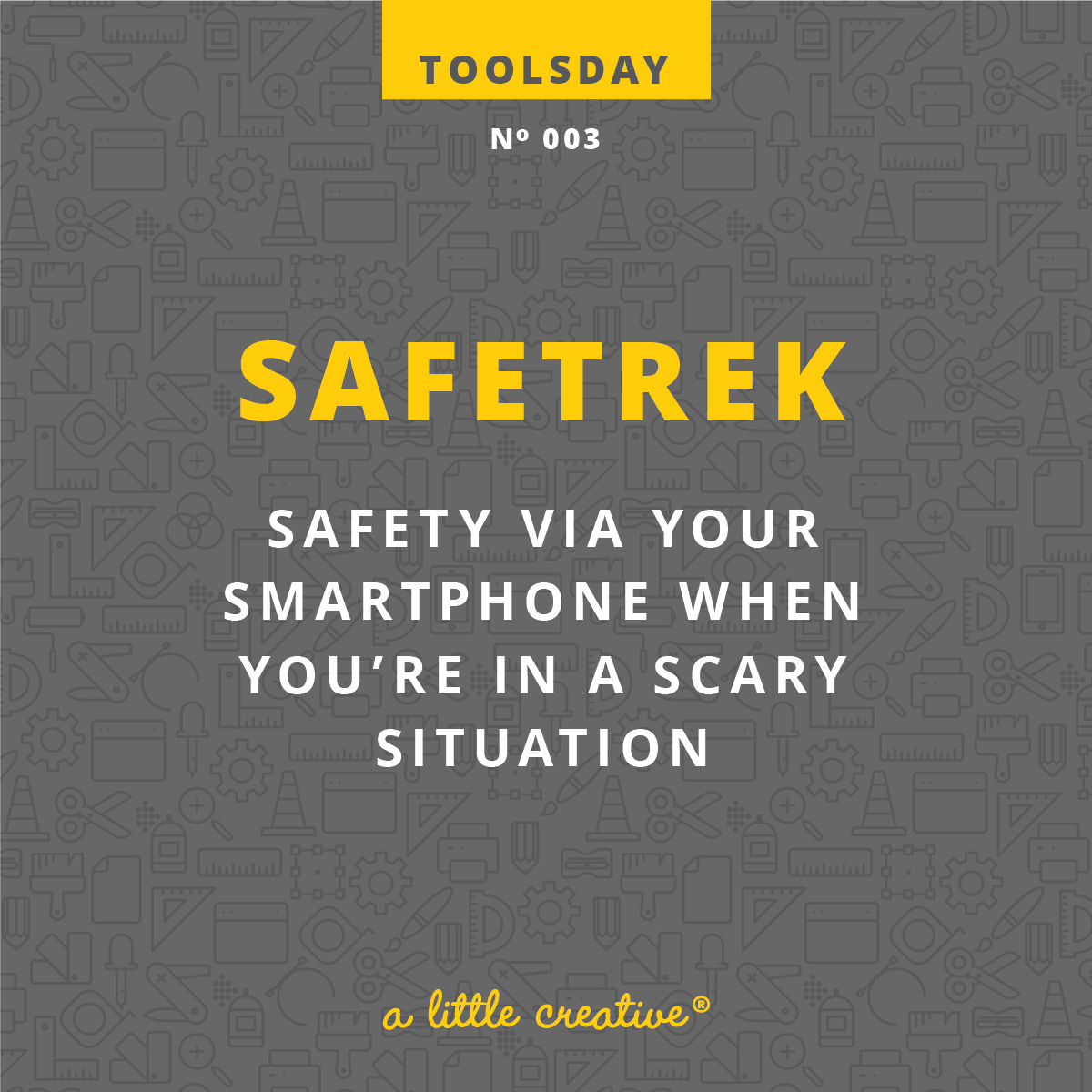 If you’ve opened the internet or turned on the TV even once recently, you’ve probably noticed that sexual assault allegations in Hollywood are multiplying on the daily. Accused men range from well-known actors to retired politicians and the list is continuing to grow. The sad news is that women (and men too) are at risk in many places and settings other than just Hollywood.

Whether you’re walking places at night in the dark, you’ve encountered some strange folk while taking public transportation, or you’ve felt uneasy using rideshare apps like Uber or Lyft — guess what? Yep, there’s an app for that!

SafeTrek is a personal safety app that allows you to proactively protect yourself when you’re feeling scared or in an unsafe situation. You may carry things like a gun or pepper spray, but chances are you do have a smartphone, which can also be used in an emergency situation.

It costs less than the average can of pepper spray and works like this:

Just yesterday a friend was telling me about a super shady experience she had recently in an Uber. It began with an incredibly inappropriate conversation, but could have escalated to sexual assault had my friend not spoken up for herself and gotten out of the car. Though it wouldn’t be Uber’s first offense…

Nowhere feels safe to me at the moment, with all the mass shootings, people careening vehicles into crowds, and a rabid Oompa Loompa running the country. I don’t believe in living in fear, but I do believe in doing what you can to protect yourself.

SafeTrek is only $30/year and what’s even cooler about it is that they have a gift option, so you can not only protect yourself, but your loved ones as well! And with Christmas right around the corner, gift giving couldn’t get any easier.